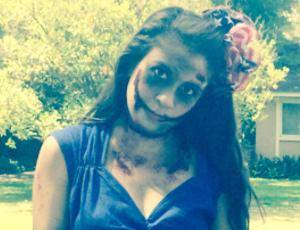 A Brief History of Zombies in America

The story begins in World War II.  In order to insure the inevitable victory of the Third Reich, the Nazi party developed several secret weapons projects.  Perhaps the most unusual of them was the Troop Recycling Program.  Dr. Mabusa, a research scientist and a distinguished Nazi party member, proposed an experimental plan to revive dead soldiers so that they could return to combat.

He began his experiments using prisoners of war.  Early on he had great success in reanimating human organs.  This ground breaking work earned him the title of “the Father and Founder” of a controversial new branch of biology, “Renewal Biology.”

As the war came to an end, Dr. Mabusa, fearing capture and prosecution for his cruel and unethical experiments, fled Germany.  He settled in the island nation of Haiti, where he was welcomed by its infamous dictator Papa Doc.

The dictator funded a small clinic where Mabusa could carry out his experiments.  It was during this period that Mabusa was greatly influenced by the island’s Voodoo practitioners.

Rumors spread across the Caribbean that Mabusa could bring the dead back to life.  It was believed that enemies of Papa Doc were being executed, and then revived as zombies to work as slaves in his heavily guarded plantations.  In 1965, a clandestine U.S. agency contacted the doctor.  The organization felt that his concept of an invincible fighting force showed promise.   They offered him full funding if he would come to the U.S. and carry on his research in secret.  He was also offered a full pardon for his alleged war crimes and given U.S. citizenship.

The doctor eagerly accepted the offer.  He was soon spirited to a top secret, underground laboratory located in the San Gabriel Mountains National Forest; just behind the small California town of Sierra Madre in Los Angeles County.

The T.R.P., or Troop Replacement Program, received a fifty million dollar black ops grant.  This program was kept top secret.  Only a handful of government and military officials knew of its existence.

Unfortunately, Dr. Mabusa and his aides faced insurmountable problems.  Even though they were able to revive their previously dead subjects, they could not control them.  Without discipline, the zombies could not be integrated into our armed forces.  Furthermore, the zombies developed a virus that could infect humans; turning them into zombies.

In 1969, the program was abandoned.  Dr Mabusa was given a new identity and relocated to another state where it is rumored that he became an HMO physician specializing in podiatry.

He passed away in 2003, suffering from a rare form of leprosy acquired during his stay in Haiti.  At his request, his body was cremated, no doubt, in fear of his own recycling.

In 1970, the secret base was turned over to the state of California.  Now public, the institution was renamed, “Zombie Correctional Facility.”  Its mission: To protect the public by incarcerating and rehabilitating its zombie inmates as well as finding a cure for the dreaded Zombie virus.

The facility’s warden is constantly seeking new methods to modify the behavior of his zombie inmates in hope that someday they can be mainstreamed back into society.

In 2001, Several Zombie Research Centers were opened around the country.  Their purpose was to develop new technology to control the violent tendencies of their zombie patients.  It is our goal to humanize the inmates and mitigate the fear and hatred for the unfortunate creatures we call ZOMBIES.  The young lady above needs your compassion, as do all victims of the zombie virus.

Disclaimer:
Any historical truth found in the above is purely coincidental and not to be taken seriously.  The threat of zombie attack, according to one scientific journal, is less than being bitten by a rabid kangaroo on Valentine’s day.